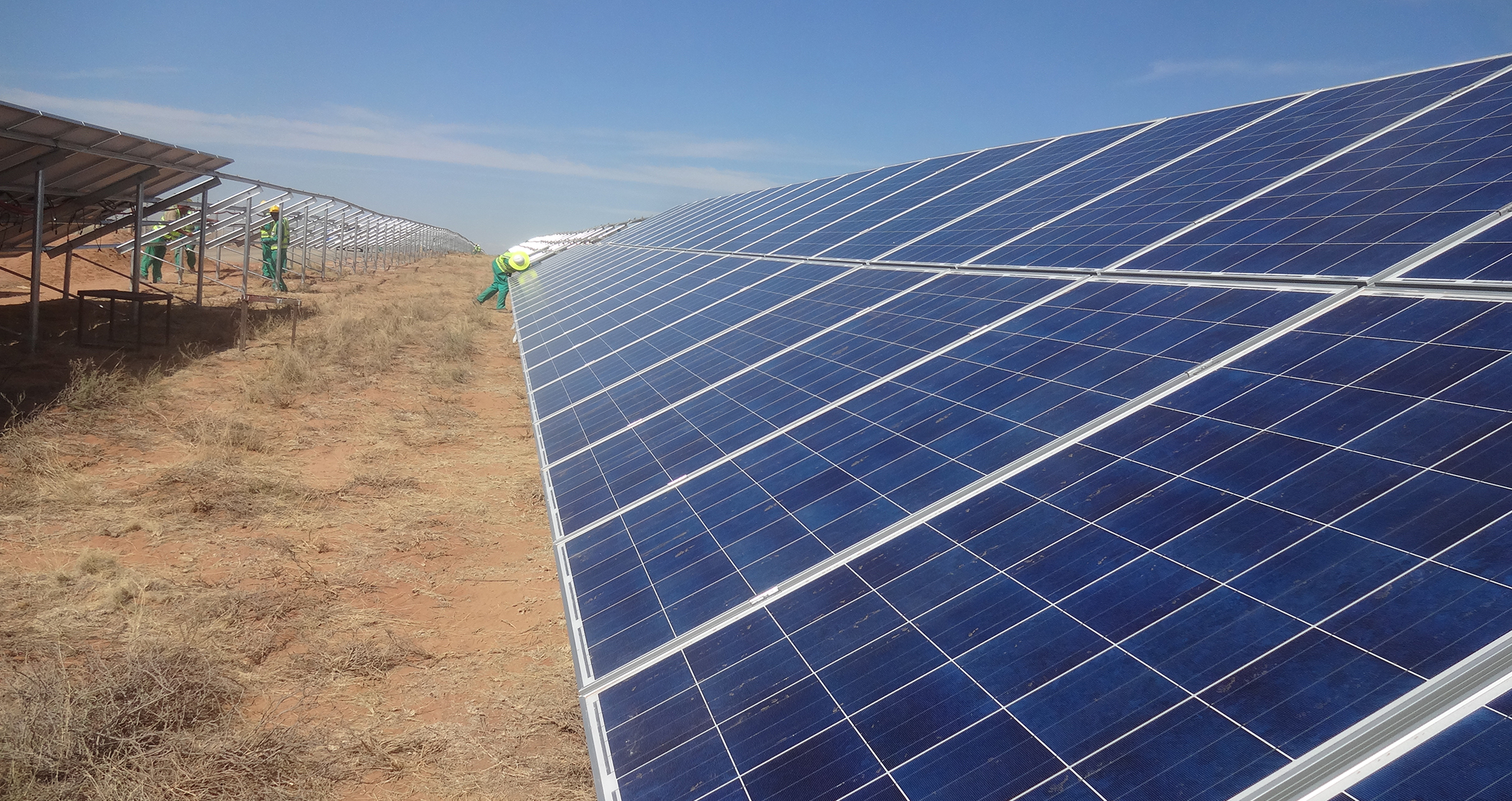 Scatec ASA has been awarded Preferred Bidder status on three projects totaling 150MW (3x50MW) of Contracted Capacity, by the Department of Mineral Resources and Energy in South Africa under the technology agnostic Risk Mitigation Power Procurement Programme (RMIPPP). The tariffs awarded to the projects fall within the range of the previously awarded preferred bidders.

The three projects (Kenhardt 1-3), in total consisting of 540 MW solar and 225 MW/1,140MWh battery storage, were bid based on sites located in the sun drenched Northern Cape Province of South Africa. The projects awarded to Scatec are the only projects with preferred bidders status exclusivity making use of renewable energy technology, making it arguably one of the largest single site solar +storage hybrids in the world.

“This is truly a great milestone for Scatec and renewable energy. We are demonstrating that cost competitive dispatchable solar power can be delivered at large scale with short implementation time. This confirms that renewable energy is an ideal choice for driving electricity generation growth in Africa and other developing countries”, says CEO Raymond Carlsen.

This is truly a great milestone for Scatec and renewable energy, says Raymond Carlsen.

The solar and storage solution will provide dispatchable power from 5:00 am in the morning to 21:30 at night and will deliver much needed power to the South African economy. The power will be sold under a 20-year Power Purchase Agreement with a paid capacity charge.

Financing has already been sourced as part of the bidding process. Project capex is estimated to be USD 1 billion and will be funded by project finance debt from a consortium of commercial banks and Development Finance Institutions with expected debt leverage of 80%. Scatec will own 51% of the equity in the project with H1 Holdings, our local Black Economic Empowerment partner owning 49%. Scatec will be the Engineering, Procurement and Construction (EPC) provider and provide Operation & Maintenance as well as Asset Management services to the power plants.

Financial close is expected later in 2021 with grid connection by the end of 2022.

“This award further cements Scatec’s position as the leading solar IPP in South Africa and on the African continent. To date, we have successfully completed six solar plants under the country’s well known REIPPP programme and employ more than 200 people, which is set to grow further. With Round 5 of REIPPP launched in April, we are looking forward to further building on this solid foundation and experience from successful solar projects and add other renewable technologies to our portfolio”, says Carlsen.

Scatec’s integrated technology approach strengthens the competitiveness of renewables and expands the market potential. The company sees significant opportunities within hybrid solutions and is currently working on developing several projects using solar and batteries to create firm renewable power; and also combining solar with hydro to increase value proposition and competitiveness of hydro. In addition, Scatec works with partners to combine competitive renewable energy with industrial projects. In total, about 15 percent of the company’s project pipeline consists of hybrid solutions projects.